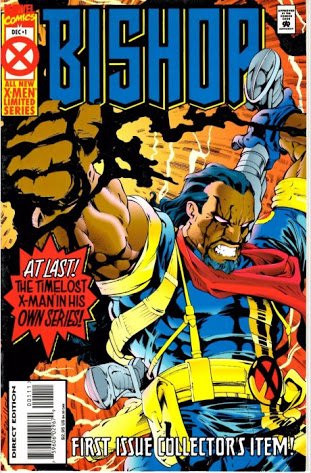 September 11, 2020 In Our Voices By Team INDIGINERD

Since its creation in the 60’s the comicbook known as ‘Xmen’ grew as an iconic medium for reflecting on the history of civil rights and the tensions that come with debating race, religion, gender, sexuality and many more topics of the human social fabric.

In saying that, the illustrators and writers did well to make sure the comic was inclusive by creating characters with different heritages and social backgrounds, albeit that some writers may still have held some perspectives ultimately generated by hate. Nonetheless, these characters have now been transferred onto the big screen (not all translated apropriately). This has evoked the discussion around representation on the big screen, and more importantly doing it right.
One of those characters, Bishop. An Aboriginal man and a genetically modified super-soldier from the future whom held the power to absorb and distribute pure energy from his being. In his future, Australia is an apocalyptic wasteland which he managed to escape along with sister Shard, to a Mutant camp located in USA. This is were he and his sister were marked with that distinctive ‘M’ over their right eye. Not much is spoken about their family, but it is included that they are related to a character known as Manifold and Gateway – meaning, if made cannon, there exists not just single Aboriginal characters, but a whole family.

Bishop made a cameo appearance in the recent Xmen: Days of Futures Past movie, displaying his power by funnelling pure energy into his futuristic blaster. The let down was that Bishop, one of the few Aboriginal characters in any mainstream comicbook (Movie) was played by a French comedian. This is in no way illustrating my disappointment in the actor, but it is illustrating my disappointment in such a comicbook megahouse such as Marvel, and their cinematic fuelled decisions around some character portrayals. This privileged approach to picking and choosing creative teams to develop a film, or a character, based around representation, is a note on their disregard on the audience for who they make movies for.
Yes, I am aware that representation does play an equally important part in front of the camera and who knows what affect this may have on our future, to see someone (ON SCREEN) that they can identify with, from the perspective of a young child.

As mentioned at the top of this blog, Xmen was created to talk about some very real issues and histories, and many characters were created in this light to demonstrate what many people of that same representation have to face, based on something they cannot change, in most cases. Understandably, as movies typically last for 1.5 hours, it can sometimes be impossible to get into the past of every character, but what can be done is having an actor from that same culture portraying the character on screen, for example, one of the amazingly talented Aboriginal actors we have could have easily have been included. A relatively small action by the production megahouse, would’ve also meant the world to so many Aboriginal young people.

And yes, this type of specificity is crucial to this character, why. Aboriginal and Torres Strait Islander people are part of the worlds oldest living culture, and, like many other Indigenous communities around the world, have been oppressed to the point of having human rights stripped away – which still continues… in the year 2020!
This oppression coming in the form of horrible (government sanctioned) national action, rooted by racial motivations – basically committing genocide on other humans. Inter-generational trauma is one aspect that has been the baggage resulting from these actions, but what has also been carried down is inter-generational resilience, making me a huge fan of my Blakness and the Blakness of my mob!
Blurring the very heritage of Bishop is communicating a speech from Marvel that ‘this character has no value, hence his Blakness is de-identified to the audience watching’. A very simplistic and primative way of thinking by the film industry – and just lazy writing.

This same type of thinking can be seen for many other characters throughout both comic multiverses (DC & Marvel), including characters such as the wizard known as SHAZAM. From the DC new 52 catalogue and based on Mamaragan the lightning god. Played a central part in the original group of gods to battle the evil of the world. Would not be portrayed on screen by an Aboriginal actor.

When I was young, I LOVED comicbooks. They had a way of deterring my mind from some pretty painful memories, and trauma that I still hold, but comics were always there. The heroes that could run at the speed of light, stop a speeding train or seek justice under the cloak of night. The features, morals and ethics which I had built on as a young one.

I really love our peoples resilience, mentally I would cast a superhero gaze on our mob, picturing them as the superheroes they are. A pretty big part of my life was lost when my father passed away just before my tenth birthday, my hero. My mother, I’ve always pictured as the queen of superheroes who is capable of giving Wonder Woman a run for her money! My brother is a part of my team, I know I can count on him, always there with a quick plan, thinking 10 steps ahead!

I would gather that I’m not alone, we all have heroes in our family, in our community.

Aside from having this image in my head, I had always wanted to see this projected on the big screen, and this was possible through these already established comicbook characters, but they were reduced to a de-identified skin colour which served the only purpose of looking good on screen and superficially serving the main story arc progression.
Representation matters, good representation matters. Do not think any less of the audience for which you are making this movie or portraying these characters in the first place.

So this is a suggestion to the film industry, in particular comicbook inspired film companies. These Aboriginal characters must not be de-identified to suit your lack of knowledge, maybe take a trip to Australia and look for an ABORIGINAL actor, or better yet, employ Aboriginal or Torres Strait Islander creatives to bring the character/story to life properly.