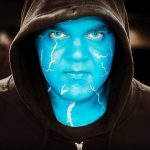 Hi all! and welcome to the world of INDIGINERD!

My name is Cienan Muir, Yorta Yorta & Ngarrindjeri young man. As a young boy I started reading comics because of the action packed stories which saw amazing heroes such as Batman or Superman battle it out with the villain or fight crime under the nights sky.

During university, I had the opportunity to analyse a bit closer the history and meaning of many comics and the world of pop culture. Much of my media and communication essays were focused on the role of comics in society and the representation of people in those comics and on those screen.Each film and comicbook reflect the world of that time.

“I use cosplay as a way to, not only conquer my public speaking fear, but to also get my message across to our younger generations, and if I can get my message to one of my nieces or nephews, I have done my job right”

With all of this work being done in the pop culture world, I soon began thinking about a much needed platform, one that has been missing from the Australian events landscape. In 2019 I delivered Australia’s first Indigenous Comic Con, a platform similar to many other popular culture conventions, with a few differences. I made sure that Indigenous creativity was front & centre! Indigenous artists, comic illustrators and game developers were placed on the main floor of Indigenous Comic Con, giving them the chance to be exposed to a new audience and new forms of creativity. The organising of Australia’s first Indigenous Comic Con gave me the opportunity to link with some extraordinary people from around the world, all of whom have an impact on the pop culture world. With these new opportunities, I  made sure that these were passed onto the Aboriginal community, also bringing my community on the same journey as me.

At the same time of delivering the Indigenous Comic Con, I started to think that maybe a business would be better off, ensuring a more permanent standing in Australia for both pop culture events, Indigenous content and the intersectionality of them both. 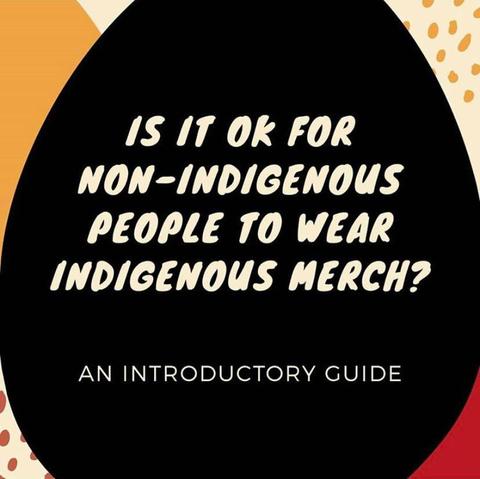 Thank you to those who shared their opinions - you really made this post possible! I hope for those that have been asking this question, this gets you thinking.

Can I wear this if I'm not Aboriginal?

Check out this deadly Instagram page that explains it much better than me!

The INDIGINERD brand is an Aboriginal owned and operated business, focusing on Indigenous content creation in the pop culture industry.

The INDIGINERD brand is built on an environment of inclusiveness, love and respect.