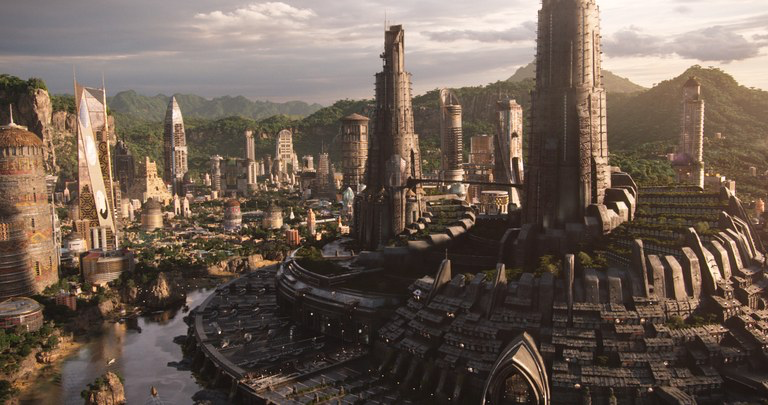 September 4, 2020 In Our Voices By Team INDIGINERD

The second time I saw Black Panther was at the cinemas, alone. I did this as I wanted to fully immerse myself into the Afro-Futursistic setting of Wakanda and the Afro-Centric storytelling of Ryan Coogler. As I waiting in line to pick up my exclusive Black Panther themed tin bucket of popcorn, I glanced over to notice a group of young children posing in front of the Black Panther poster giving that iconic Wakanda salute. I started thinking about the film from their perspective, the meaning behind having a superhero of colour, in a mainstream blockbuster movie from such a powerhouse as Marvel. A film, steeped in cultural pride, meaning and symbolism. As a child (I believe) you are always trying to find connections to your world around you, building your view on the world, your perspectives, morals and ethics. Most importantly, and almost subconsciously, your place in this world, setting you up for the actions you take and how you carry yourself.
A movie such as Black Panther cements that notion of cultural pride, while presenting a character with an lawful good alignment. What it also does is place that character in an Afro-Futuristic landscape, Wakanda. A city which has grown in riches and technology, cloaked from the rest of the world. A city which is also ruled by Black Panther, T’Challa, in addition to being the main protector as the Black Panther.
This would no doubt leave any child in astonishment, but for any young blak kid, this is an opportunity to see themselves on the big screen!

Most comicbook inspired movies deal with the question of morals, what is ethically wrong and right?
They deal with moments of tension and adversity, usually taking the main character down a path of self realisation with a moment requiring a critical decision on their very character, as an ethical being.
The content might be different given cultural context or historic background, but the formula remains – sometimes it’s about the journey, not the destination.

As I watched this I started to realise that the story created and told did so with the commonalities and uniqueness of all communities of colour around the world. The story illustrated the character of Wakanda and its community as a living and vibrant social landscape. a landscape dealing with the complexities that can only ever be seen within Blak communities, concepts like tradition, progression, our Elders, our young people, power, right and wrong, protocol, recognition and connection. All of which are held by every with a different perspective. Is there a correct path? are some to reluctant to voice their different opinion out of fear or shame? Is this the right conversations we need to start having?

Black Panther is one of many Blak characters in the comicbook world, and has now been cemented as a Marvel foundary figure thanks to the amazing cast and crew of that film, but the actor who brought Black Panther to life will forever be an icon in the Marvel universe. The symbol, and actor, will forever live on as a symbolic movement, creating new thought and new steps to a Matter seen throughout the world.